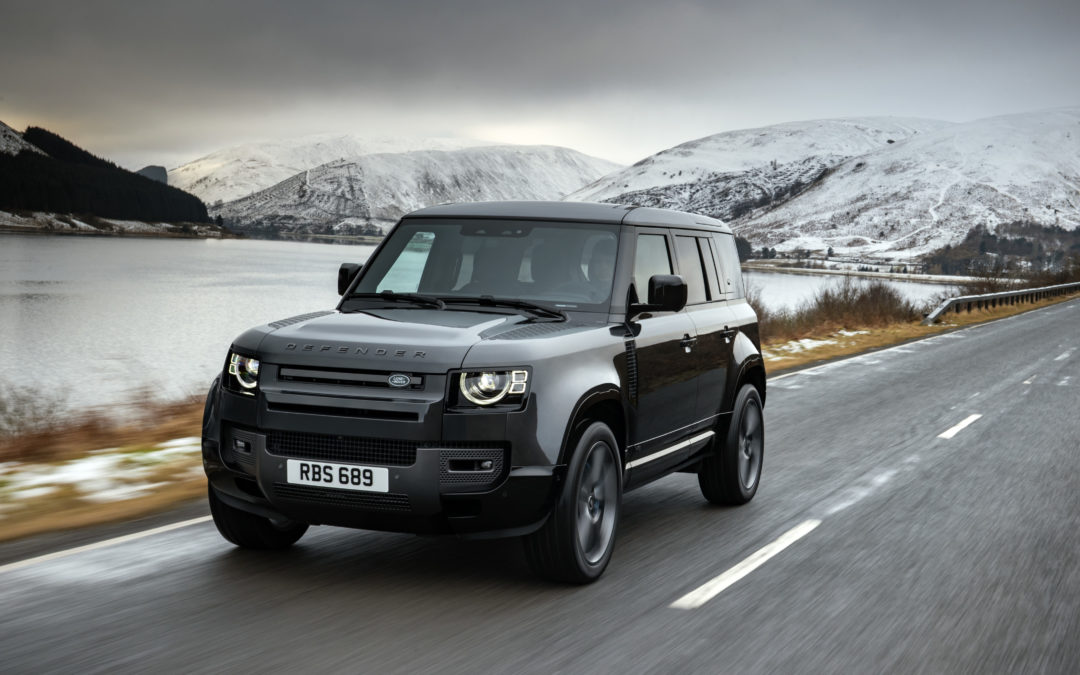 Land Rover has launched the powerful Defender V8 as part of a range of enhancements to its unstoppable and award-winning 4×4 family. The new 386kW Defender V8 and flagship Defender V8 Carpathian Edition provide a unique combination of performance and capability, with bespoke chassis settings delivering new levels of driver engagement and agility both on and off-road.

The exclusive new Carpathian Edition is based on the Defender V8 and represents the ultimate expression of Defender design, performance and capability, while a new XS Edition replaces the hugely successful First Edition and combines bespoke design and specification enhancements inside and out.

New Defender V8 is the ultimate expression of Land Rover’s toughest 4×4 and recalls the rich heritage of eight-cylinder Land Rovers dating back to the 1970s. The potent new V8 supercharged engine is available in both 90 and 110 body designs and delivers elevated performance and driver engagement without compromising Defender’s unstoppable capability.

With unique suspension and transmission tuning, including bespoke spring and damper rates and a new Electronic Active Rear Differential, it delivers more agile and engaging handling with heightened body control – all accompanied by a characteristic V8 soundtrack.

Power comes from Land Rover’s 5.0-litre V8 supercharged petrol engine, which produces 386kW, 625Nm of torque and drives through an eight-speed automatic transmission. The Defender V8 90 accelerates from 0-100km/h in 5.2 seconds with a top speed of 240km/h and delivers fuel consumption as low as 14.5l/100km with CO2 emissions from 327g/km*.

Exceptional off-road capability is a Defender hallmark and the V8 adds a new layer of driver appeal, with the introduction of a new Dynamic program within the Terrain Response system – only available on V8-powered Defenders. It helps drivers to exploit the more dynamic character and handling balance of the 386kW model on tarmac and loose surfaces. Engineered to be the fastest and most engaging production Defender ever, it delivers unrivalled agility and driver appeal.