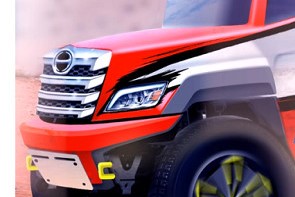 Self-regulation for truck and bus operators in South Africa, as stipulated in the Road Transport Management System (RTMS), is working very well for those companies that have accepted the challenge of applying this system. It is proving an important tool to manage fleets efficiently and cost-effectively with many case studies to back up the success of the roll-out.

“RTMS, which has been in operation since 2003 and is finding growing support among fleet operators, continues to show outstanding results since implementation and supports the Department of Transport’s National Road Freight Strategy as the fourth pillar in the action plans,” commented the chairman of the RTMS national committee, Adrian van Tonder, of Barloworld Logistics.

“Currently there are 2 674 trucks and 395 buses (the Buscor fleet) from 68 company depots carrying the RTMS accreditation logo, with a quantum leap in participation having occurred in the past 24 months,” added Van Tonder.

RTMS is an industry-led, government supported, voluntary self-regulation scheme that encourages consignees and road transport operators to implement a management system – a set of standards – that demonstrates compliance with the Road Traffic Regulations. It also contributes to preserving the road infrastructure, improving road safety, ensuring driver health and wellness while at the same time improving productivity.

Hino, one of SA’s leading truck manufacturers, is giving its full support to assisting with the rollout of RTMS. Hino uses its nationwide dealer network as an important catalyst to spread the good news and benefits of using the system to their customers and then assisting them with the implementation.

“We at Hino see the RTMS as a very important initiative in creating responsible truck operators who show concern for the roads and environment while focussing strongly on fuel saving,” said the Hino SA vice president, Dr Casper Kruger.

“Our support for the RTMS has already extended to our dealers and ourselves sponsoring a series of successful and well-attended information-sharing sessions throughout the country to promote this programme.

“We then encourage our dealers to keep up the momentum by following up with the transport operators who are not on the system to take up the challenge and assist them in developing a strategy to meet all the requirements,” added Dr. Kruger.

“The development of the RTMS flowed over from initiatives by the timber industry in KwaZulu-Natal at the beginning of the 21st century to combat overloading which causes damage to roads while also contributing to cutting the number of accidents involving trucks,” explained Adrian van Tonder.

“The KZN project was known as LAP – the Load Accreditation Programme – and was also self-regulatory. This concept was expanded with the addition of driver health, compliance with road traffic regulations and all aspects of road safety to establish the basis for RTMS standards.”

Driving forces in those early days included Paul Nordegen, Oliver Naidoo and  Andrew Kriek and they formed a steering committee in 2006 to give momentum to the initiative. There is now a more formalised RTMS national committee made up of representatives of a host of stakeholder organisations and associations that is now driving the project forward. Current chairman Adrian van Tonder came aboard in 2009 and is extremely enthusiastic about this initiative.

The next steps are to get the final form of the RTMS regulations from the SA Bureau of Standards (SABS) which should be in line with ISO 39001, which is an international standard for road transport.

What is impressive are the case studies of the results obtained by RTMS accredited fleets.

For instance, the City of Cape Town Electricity Support Services, which is the first government fleet in SA to achieve RTMS accreditation, has shown a dramatic decrease in road accidents, which obviously translates into safer roads. There is also excellent compliance  by this fleet to the preventive maintenance programme, which  contributes to lower running costs.

The number of speeding infringements in the coal industry has seen a remarkable improvement as a result of RTMS implementation.

Car Carrier Company Motorvia is another that is benefitting from the self-regulation standards of RTMS. A huge reduction in speeding infringements – from 38 to five – after increased testing of drivers for medical fitness and a structured driver training programme, including fatigue management, are contributing  to Motorvia making major steps forward in it operations..

Overloading has traditionally been a scourge of the heavy vehicle transport industry and the application of RTMS standards has resulted in marked progress being made in achieving dramatic reductions in overloading in all the industries where it has been implemented – especially the forestry, sugar and coal industries, which were big culprits in the past.

RTMS is receiving increased focus and acceptance from various stakeholders across the full spectrum of industries in South Africa as the benefits become increasingly apparent. It is currently being embraced by role players from the following industries: forestry/timber, sugar, coal, general freight, abnormal loads carriers, car carriers, food and beverage transporters and containerised cargo.

RTMS is actively endorsed and promoted by a number of major conglomerates, including Sappi, Mondi, Eskom, Exxaro, Anglo-American and BHP Billiton.

“It is very rewarding to see a project in which you believe and actively support bearing fruit and attracting more and more adherents,” concluded Adrian van Tonder chairman of the RTMS national committee.

“Although Hino is currently very strong in the medium and heavy truck segments of the market, we already have a growing number of its 700 Series truck-tractors in the long haul transport industry, where many of the RTMS fleets operate,” added Hino vice president Dr Casper Kruger.

“Among the RTMS fleets that already operate Hinos are Barloworld Logistics, Unitrans Freight, Motorvia and Vehicle Delivery Services. We see the extra-heavy segment of the market as a future growth segment for our brand as we expand by filling gaps in our current range.”