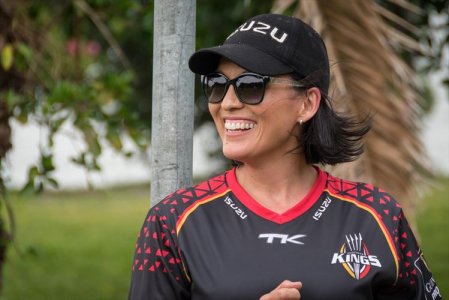 This Women’s Month Isuzu Motors South Africa is celebrating the women behind the Isuzu brand by shining a light on the incredible work which they do at the company.

While Women’s Month in South Africa commemorates the contributions which women have made to key milestones in the country’s history, it also provides an opportunity to honour the women who inspire us every day, said Denise van Huyssteen, Corporate Affairs Executive at Isuzu Motors South Africa.

As part of this recognition, the company has rolled out an employee campaign called #WomenCrushWednesday, which allows fellow employees to nominate their female colleagues who inspire them. These women are featured on the company’s digital internal platforms every Wednesday during the course of Women’s Month. In addition to this, phenomenal Isuzu female employees are featured on the Isuzu social media sites, geared at showcasing the women behind the strength of the brand.

One of the first Isuzu women to be featured in the Women’s Month social media campaign is Nola Nongubo, who is an assembler responsible for the flawless finish of the paint process in the production plant. She is one of few females in the paint shop and the only woman in her team. She takes pride in her job and ensures that every Isuzu bakkie’s paint job is perfectly executed.

Other female employees who have been recognised include Liesl Vlotman, who is an Engineering Services Manager and has been working in the automotive industry for 28 years and Esti Beaumont, Field Operations Manager for Commercial Vehicles, who has kept South Africa’s freight trucks moving since 2002.

Tim Hendon, Isuzu Marketing Manager said even the Isuzu logo was tweaked for this month, “Usuzi – With you, for Women’s Month”, as a way of paying tribute to the strong women in South Africa and the critical role they play in the economy,” said Hendon.

Similarly, women in the workplace are honoured and recognised for their contribution towards the engineering, manufacturing and sales of commercial vehicles, said van Huyssteen. “We embrace gender equality and continue to provide empowerment and leadership opportunities for women,” she added. The #WomenCrushWednesday drive has taken off successfully with an overwhelming response already received within the first few minutes of the campaign going live, said van Huyssteen.