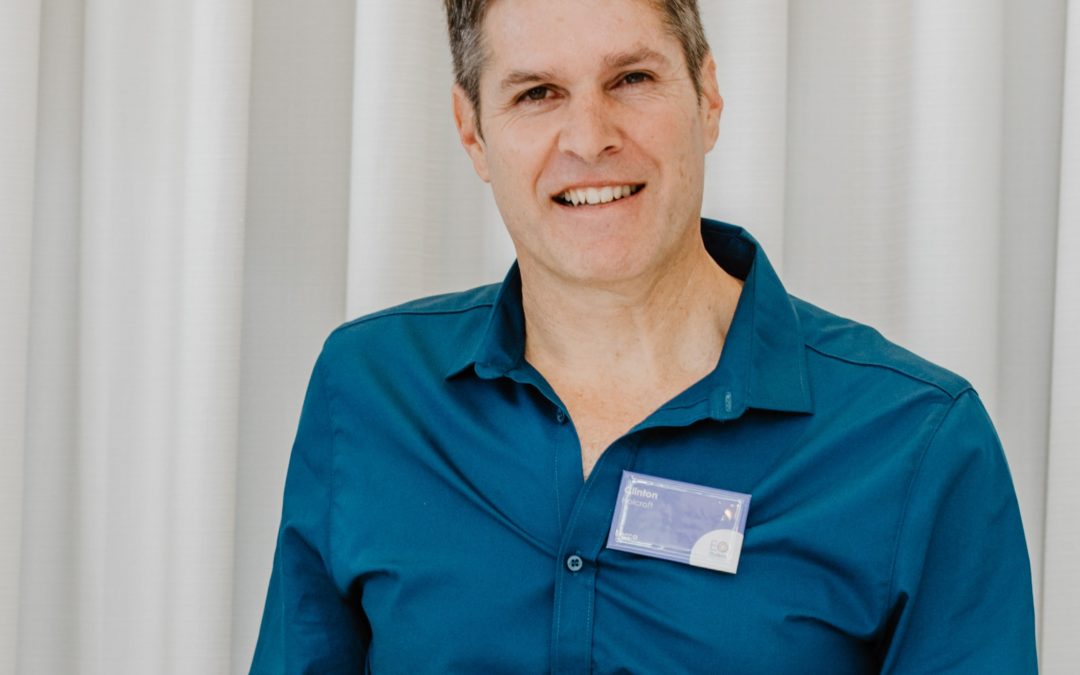 Encouraging and supporting entrepreneurs during the economic turbulence caused by the impact of the Covid-19 pandemic is a priority for the newly appointed president of the Durban Chapter of the Entrepreneurs’ Organization (EO), Clinton Holcroft.

CEO of Serco – one of South Africa’s leading truck body and trailer building companies with branches in all major centres– Holcroft takes over the reins from Shilpa Mehta, the Durban chapter’s first female president and owner of electronics manufacturing service provider, Production Logix.

Holcroft assumes the presidential mantle at a demanding time with the impact of Covid-19 still being felt by commerce and industry sectors grappling to get back on track following lockdowns throughout the country and the rest of the world.  The reopening of the ailing South African economy is taking place slowly with a lot of hope in the ability of entrepreneurs to get markets moving upwards in the face of South African authorities seemingly being slow to free things up and smooth the way.

EO is a global, peer-to-peer network of more than 14 000 influential business owners with 199 chapters in 61 countries, open for membership to entrepreneurs with businesses which turn over more than US$1 million a year.

Since its launch in 1987, EO remains a global network that encourages entrepreneurs to grow by expanding interests and learning leadership skills from fellow members who challenge their perspectives and question their presuppositions. EO promotes both personal and professional growth through interaction with experts, mentoring and networking.

Holcroft, who has been a member of the organisation’s Durban Chapter for the past four years, said the EO was a non-profit organisation focussed on personal growth and supporting entrepreneurs on their journeys.

“Personally, I have found great value as a member in being able to seek guidance and learn from the experiences of EO colleagues. To hear how fellow entrepreneurs have dealt with challenges similar to ones I faced and to be much wiser because of the interactions has been enormously valuable,” said Holcroft.  “A key priority is not to tell each other what to do or pass judgement on the actions of others but rather share experiences and insight which is so useful for individuals running organisations, as it can get lonely and very stressful at the top. On the one hand it is demanding to be in charge of a business and take all the risk while on the other it is rewarding through providing employment and servicing various markets.’’

One of the biggest challenges he has experienced was devising a succession plan to transfer control of Serco – a family-owned business – from his father, Trevor (who was going into semi-retirement), to himself.  “The experience shares I received from fellow EO members proved invaluable in helping with the difficult change process.”

He said he was very excited about the year ahead and looked forward to working with the new eight-strong board he had appointed. “Entrepreneurs play a critical role in creating growth and employment which are among our greatest challenges in South Africa. So, organisations such as EO, which supports entrepreneurs on their journeys, helping them to be successful, are highly valuable. One of our core values is: “Together we Grow” – which refers to entrepreneurs working together to learn and grow personally to be better leaders and thus run more successful businesses.

“It could be just a conversation with another entrepreneur that sparks an idea or sharing the demands of a challenge that produces the right outcome or answer. By working together entrepreneurs can learn and grow personally to be better leaders and therefore run more successful businesses.”

Holcroft said during his year in office, guest speakers at our regular EO member learning events would talk on a variety of topics from subjects that help create value in a business, to transforming the way we negotiate and building a strong culture in the workplace. With August being women’s month, we have put together an exciting line up of events for our women members.

We also look to bring subject matter experts to talk on health and wellness to ensure our members receive guidance on how to strike a good balance between work demands and family responsibilities. Recently members attended a breath-work program which was followed by an experience of stepping into an ‘ice bath’. It was mind numbingly cold, but amazingly energising. Getting our members to step out of their comfort zones to become better leaders and help towards being better all-round successful people, is a core focus for EO.

Holcroft’s appointment as President of EO’s Durban Chapter was announced at a function in Umhlanga on June 10 where the guest speaker was Jose Vilandy, billed as an entrepreneur, motivational speaker, musician and South African Coffee Barista champion. Vilandy – whose coffee shop, Truth Coffee Roasting, was voted the best in the world by MSN Travel – spoke on how he overcame the horror of being a child soldier in Africa to be in the position he is today!