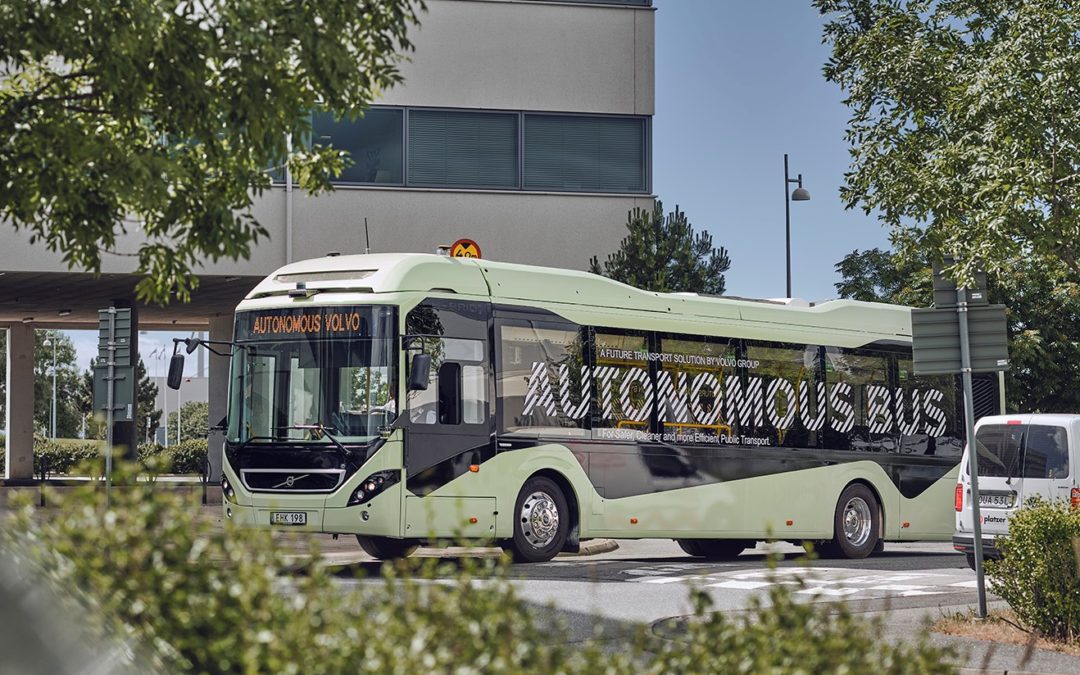 In a unique study, Chalmers University of Technology and Volvo Buses have investigated how bus drivers react to an autonomous driver support system that enables buses to dock at bus stops. The results show a high level of acceptance and many benefits, including a better working environment and increased safety.

In 2018, Volvo Buses presented its first electric self-driving bus. Since then, several successful tests and live demonstrations have been conducted, including one with the Nanyang Technological University in Singapore. The benefits of autonomous buses in depots have also been demonstrated.

However, even if autonomous technology already exists, there are still many other aspects that need to be taken into consideration when a vehicle’s control and decision making is taken over by automation. Volvo Buses is at the forefront of research in this area and works closely with academia and other partners.

As part of its development work and research into automation, Volvo Buses is now testing a concept for autonomous driver support. The system assists the driver in situations that require high precision and safety, such as approaching and stopping at a bus stop.

The system regulates the bus’s speed and steers automatically, allowing the driver to focus on what is happening around the bus.

“Complex traffic situations place high demands on today’s bus drivers. With self- driving technology, there are new opportunities to create solutions that simplify their work. At Volvo Buses, we believe it is very important to involve those who will use the technology early in its development. It enables us to find out how they respond to it, and if it is something they think they can benefit from,” says Joakim Jonsson, Project Manager Autonomous Research Projects at Volvo Buses.

In the scientific study, researchers at the Chalmers University of Technology investigated how bus drivers react to the concept of autonomous driver support. Ten drivers conducted a total of 250 autonomous approaches at a bus stop while being filmed to see if their attention and body movements changed over time. The drivers also had to answer various questionnaires and were interviewed both before and after driving.

The results show that the drivers in the study were generally positive. They showed great acceptance of the system and found it safe and convenient to use.

“The study also revealed that they see many potential benefits to the system. One is that the approach to the bus stop becomes easier and more precise. When drivers do not have to focus on being at the right distance from the pavement, they can pay attention to things that increase the safety of passengers both inside and outside the bus. Several drivers also believe that the system can contribute to better ergonomics with less tension in the neck and shoulders,” says Mikael Johansson, who is researching user understanding of self-driving vehicles at Design & Human Factors at Chalmers University of Technology.

The driver study is another step in Volvo Buses’ autonomous journey. In parallel, Volvo Buses is also conducting a study with passengers and their experiences with autonomous buses.

“Many cities are growing and to meet the challenges this entails, we must have public transport, infrastructure and urban planning that is sustainable, safe and efficient. Studies such as this provide important insights into our work to develop sustainable solutions for the public transport of the future,” says Anna Westerberg, President of Volvo Buses.

The study Bus drivers acceptance of a Narrow Navigation System was initiated by Volvo Buses and conducted by researchers at Design & Human Factors at the Chalmers University of Technology. The research project is part of Drive Sweden’s project KRABAT, which is partly financed by Vinnova.