More than 20 000 trucks and trailers built by Serco in its 40-year history! 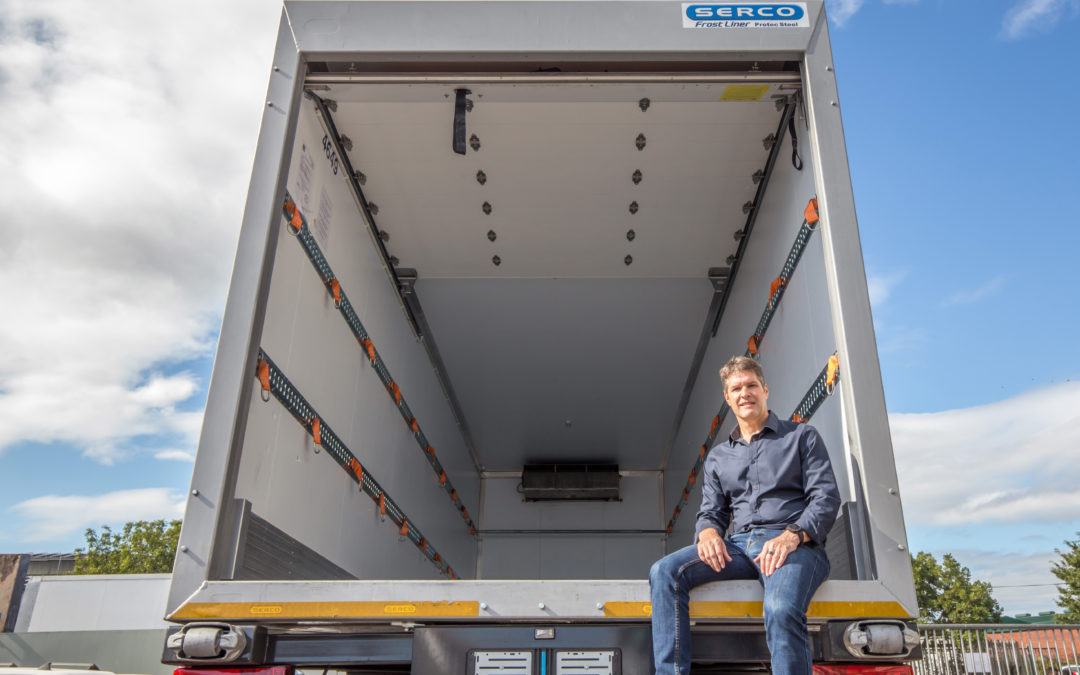 If you are driving on main roads anywhere in South Africa, it won’t be long before you see a Made by Serco sign on a vehicle.

Serco, one of the country’s leading insulated and dry freight truck body and trailer building companies, is celebrating its 40th anniversary, determined to stay a front runner in the industry while giving its customers the edge!

CEO Clinton Holcroft estimates the company has built more than 20 000 vehicles since its humble beginnings in June 1981 as a family business which currently employs about 400 people at branches in Durban, Johannesburg, Cape Town and Gqeberha (Port Elizabeth). “Considering that each employee supports around five dependents, you realise the huge importance of local manufacturers to our local economy, especially with the high unemployment rate in South Africa at the moment,” said Holcroft.

Serco, founded in Durban by Trevor Holcroft, now the non-executive Chairman of the company, has adapted its operations to the new-norm as a result of the Covid-19 pandemic displaying great resilience during these tough conditions.  “What sets Serco apart is that it manufactures its vehicles using the latest panel injection technology and design which offers improved durability and thermal performance. We also have our own in-house repair divisions located in the main centres nationally to enable us to offer unrivalled backup to our customers,” said Holcroft.

As part of the ongoing efforts to continuously improve, Serco has recently invested in new steel processing equipment for joining the coated steel facings and have commissioned a state-of-the-art polyurethane injection head. These new upgrades will further raise the standard of the panel durability and finish.

Serco has also broadened the product range over the last year to include cargo van bodies, curtain-sided and drop-side bodies.

Very aware of climate change and global warming the company has put emphasis on greening its operations. In 2019 it installed a total of 1029 solar-powered panels on the roof of its Durban offices and factory which allows the premises to go off the grid during the day. The solar power 400kw peak system has the potential to save the company 75% of its electricity costs. This equates to a saving of approximately 900 tons of CO2 a year.

The R5m installation was part of Serco’s drive to reduce its impact on the environment, adding to other greening initiatives, including the recycling of paper and plastic it uses as well as a rainwater harvesting system for washing trailers.

Among the many highlights over the past 40 years, was the Gold Medal the company received at the Automechanika trade fair in Johannesburg in 2019 for the thermal performance of its Frostliner insulated vehicle.

“Over the next decade I believe we will see a lot more use of telematics to improve logistics efficiencies and maintenance of trailers.  In the past it was quite costly but what we are seeing now is technology becoming more affordable.  Serco is running initial trials for a smart trailer concept to enable customers to interface with the trailer for maintenance data.

Looking back over the 40 years I am proud of how far Serco has come. The only thing we can say about the future with certainty is that there will be more crises. How we get through them and come out stronger on the other side depends on how we adapt and respond.

We are immensely grateful to our customers and the Serco team as without their support we would not be in the position we are today.” concluded Holcroft.